The real Hulk coming back in Avengers issue 684 and he’s angrier than ever!

Marvel has announced for a while that the original and only true Hulk will be returning to comics but now we know exactly when (March 2018) and where (Avengers 684), just not how. According to recent IGN news, the Hulk (Bruce Banner) will make his return in the pages of the Avengers comic next month. Comics haven’t been the same since Hawkeye “killed” the Hulk with a special arrow designed by Banner back in 2016 and I am very much hoping that this is truly the Hulk and not another gimmick. Please marvel, no Red Hulk, faux Hulk, or anything other than the one, true Jade Giant that we all love! I have already marked this issue for the pull account – you should do the same! 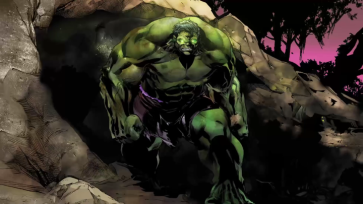 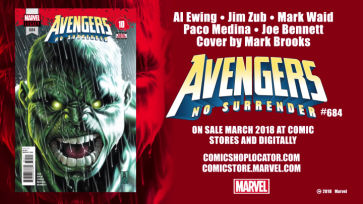 This entry was posted in Hulk in comics and tagged avengers 684, comic, Hulk, march 2018, Marvel. Bookmark the permalink.

4 Responses to The real Hulk coming back in Avengers issue 684 and he’s angrier than ever!