The newest Hulk statue that was previewed at SDCC launches for pre-orders tomorrow on the Sideshow web site. The Avengers Assemble series includes classic versions of Hulk, Thor, Captain America, and Iron Man. The statue features Hulk is full SMASH mode and is in 1/5 scale measuring up at 24” in height. The exclusive version will be $595 and include an alternate head while the collector version will be $580. Grey and Red versions will be released later so stay tuned for more details on those.

I personally like this statue a lot. I don’t buy a lot of statues these days due to the rising costs and space considerations but this one I will consider after seeing some pictures with other statues for scale comparison. I like the regular head so the exclusive holds no interest for me. Interesting to see the price gap between the 2 versions – I expect this gap to grow over time. 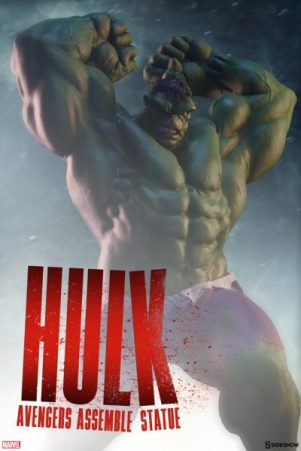 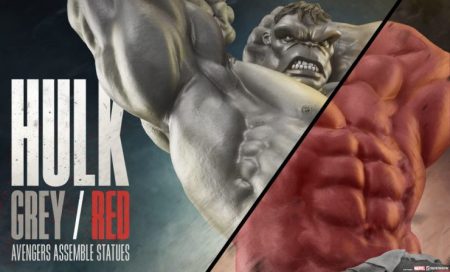