Marvel Generations to bring back the Hulk this summer (2017) 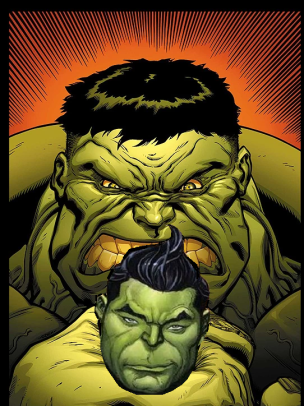 We all knew that Hulk’s days as being dead were numbered; it was always just a question of how long. Marvel has announced that the Hulk and many of his fellow “dead” characters will be brought back to life in the upcoming Generations story line. The heroes will be brought back and paired with the character that has assumed their mantle while they were gone. For Hulk, this means that Bruce Banner and Amadeus Cho will be together once again but this time they will both be gamma-powered.  The Hulk story will be written by Greg Pak. According to the articles posted, this will be part of Marvel canon, not a gimmick or alternate continuity.  I am a bit skeptical but will hold judgment until after the story is revealed. I am just happy that the Hulk is back and hoping that Greg Pak will write a great story to explain his return. If they stop calling Cho the Hulk it can’t be all bad. The 10 part story will pair the characters below and run from July to September.