SDCC 2013 revealed some interesting news about the next Avengers movie coming out in 2015. The plot will be centered around Ultron’s origin according to Joss Whedon who shared the news at the Marvel panel at SDCC. I can already envision some great armored battles between Tony and his suits squaring off against an Ultron army. Hopefully we will get to see Hulk turn Ultron in a scrap heap at the end of the movie. Whedon also said that this will not be an adaption of the recent Age of Ultron comic mini series and the movie will not include Ant Man. I am glad that the movie will take cues from the comic characters and stories but will be a unique take for the Avengers sequel. This appears to be setting up for a titanic (see what I did there) clash in the 3rd Avengers movie. My money for the odds-on favorite as the main baddie being Thanos. I suspect that the Avengers and Guardians of the Galaxy movie story lines may converge at this time.  Click here for a brief interview from comicbookmovie.com with Joss Whedon about the Ultron story line. Man, it is a GREAT time to be a Marvel fan! 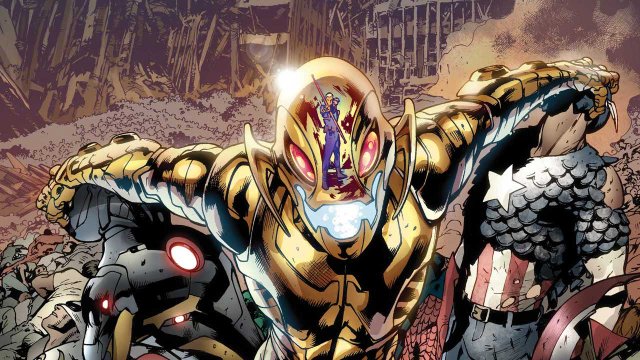